Hey Fabbies! It’s been awhile since I’ve shared some of my favorite vegan recipes on this blog. I do A LOT of cooking these days, and share my cooking pretty often on my Snapchat and Insta-story. (My Snapchat and Instagram names are the same: fabandravenous if you’re interested.) Whenever I do share what I am cooking, I always get messages asking for the recipe. That has prompted me to begin blogging my recipes often here on my blog, which brings me to today’s recipe, which are the so so yummy Sweet and Spicy Cauliflower “Wings”, that are all vegan, and BEYOND fantastic!

Cauliflower in general is a pretty bland-tasting vegetable. This is actually a good thing, because that makes it that more versatile to cook with! I put cauliflower in my salads, also cook them in stir-fry, and have previously cooked them and made “hot wings”, that actually has a very similar cooking method for today’s recipe. I wanted to do something a bit different than the Cauliflower wings that I did for Super Bowl Sunday, which is the recipe that I adopted from http://www.wildsunflowerchef.com. (You can find that recipe HERE). This time, however, I wanted to try something a little different, so I went on Pinterest and found this AMAZING recipe that I tried, conquered, remixed a bit, and have made several times over since then. These Sweet and Spicy Cauliflower Bites will have even the non-vegan begging for more. I promise! The sauce is really what sets these “wings” apart from the rest.

Anyway, let’s get straight to it! You will need:

For the Cauliflower Bites: 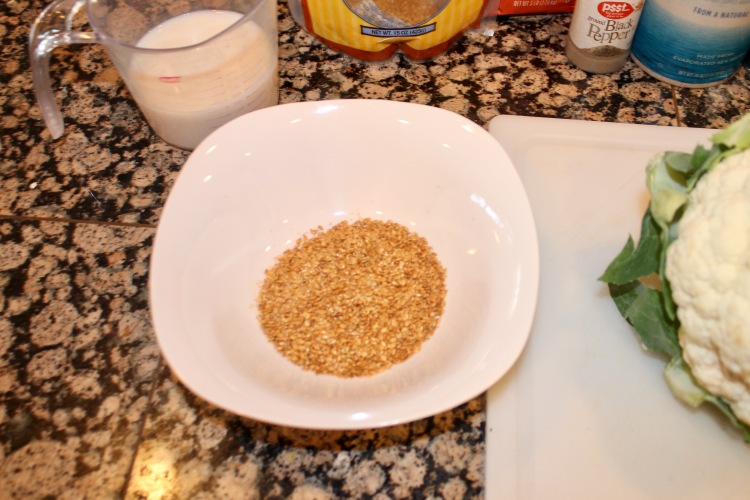 Preheat your oven to 425 degrees Fahrenheit.

Next, get a large baking dish or large skillet (I use a nonstick pan), and add 3 tablespoons of extra virgin olive oil, and then begin adding the cauliflower wings into the pan:

Begin placing them in a nonstick pan or baking pan.

After all of the cauliflower is in the pan, I sprinkled paprika generously all over:

Then pop those bad boys in the oven for about 30 minutes, turning them over halfway through.

While the cauliflower is baking, prepare your sauce:

After 30 minutes, the cauliflower is ready for the sauce!

Simply pour the sauce generously all over the already baked cauliflower bites, then pop them back into the oven for 5-10 more minutes.

You can totally eat these without any dipping sauce, as they already have sauce on them, but because I LOVE dipping sauces and dressings (and so does my family), we eat them with homemade ranch dressing! Bon Apetit! (I will post my ranch recipe later this week! It’s just 3 main ingredients and seasoning! Super quick and easy) 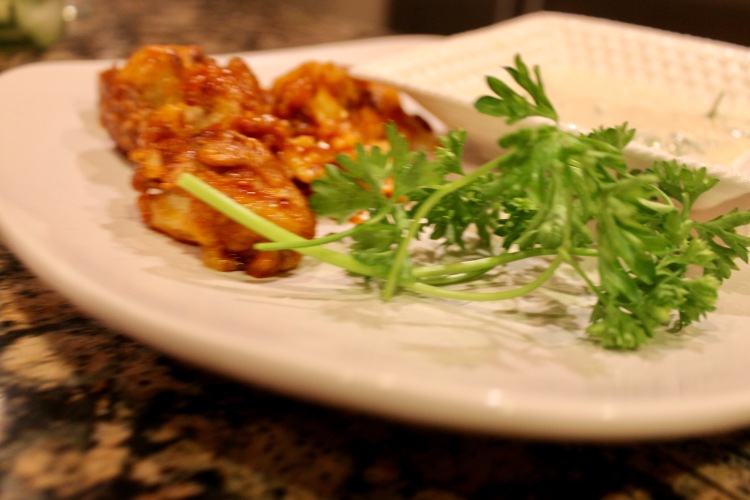 These Cauliflower Bites have easily become a favorite appetizer-type food in my house. I also definitely want to make these for my family whenever they come visit, as they serve as great appetizers! This is a dish that most would enjoy, rather you’re vegan or not! 🙂

Have a fabulous week Fabbies! xoxo

One thought on “Sweet and Spicy Cauliflower Bites! Vegan and Good AF!”