A: African-American. Black. Negro. Hahaha but seriously, I get asked this question often by people who first meet me. And the answer is always the same sexy answer: Black. Both of my parents are fair-skinned black folk! Isn’t it so great that in our race, we literally come in all shades?! It’s like having a habitual sampler appetizer dish for the African-American race! I often get that I look Dominican, Cape Verdean (Random right?!), or “mixed with something”. But nope! I’m just a black goddess and such. ;p

A: I was born and raised in Jackson, Mississippi. The Deep South! I literally get asked this question pretty much anytime I go out. In every city that I’ve ever lived. Whether I am interacting with a salesclerk at Target, chit chatting on an elevator, at a restaurant or wherever, people ask me this often. I know that half the time people are looking at my hair, outfit, or just overall appearance and thinking, “now where in the world did this woman come from?”, or they hear that I have a small accent (I guess?), and know that I ain’t nowhere from ’round here.

A: I remember about a decade ago, I asked my Grandma Bert how old she was. My  Grandma Bert looked at me with the most serious face and said: “If a woman tells her age, she’ll tell anything!”(She eventually told me her age though, and if I shared her age, she would immediately tell me to delete it off of the internets! Ha!) So with that being said, I can’t tell you now can I? I mean, my Grandma Bert said that I couldn’t! Just kidding! I’m 33! I know I know. You don’t have to tell me. I don’t look a day over 18. ;p

A: Hell. Next question.

…I kid I kid. It’s everything! It’s wonderful, it’s tiresome, it’s thrilling, it’s nervewrecking,  it’s busy, it’s adventurous, it’s delightful…As a parent of one or twenty kids, you know that your kid will take you on all kinds of rollercoaster rides with your emotions. From “oh no they’re growing up too fast! I want them to stay little forever!” to “I can’t wait til they go visit their grandparents house! They are on my nerves!” But in all, I absolutely enjoy every moment of raising them. Yes, with 2 little ones, there’s twice as much laundry, twice as much noise, (i.e. whining), but also twice as many boos boos to kiss, twice as many “I love you Mommy!” to hear each day…They truly add so much to my life. Yes, Chris and I have to be referees and break up fights sometimes daily. Yes, there are days when I want to pull my hair out, flush it all down the toilet, clog the toilet up, overflow it, then just bury my face in the clogged up hairy toilet bowl because they have driven me just that crazy. (Was that too much? I go overboard sometimes. Sorry.) But I would not trade them, their fights, hugs or kisses for anything in the world!

A: Maybe! Chris says “hell nawww!” and always threatens to “get his tubes tied”. Um babe? Stop. What tubes? Anyway, I teeter back and forth on the idea. I really do enjoy being past the diaper changing, waking-up-in-the-middle-of-the-night-to-feed, the “OMG he sh*t all the way through his diaper and now its on my hands!” stage of motherhood. That is, until I see a tiny newborn baby then my ovaries just about explode. Lawd! But as of now, nahhhh son.

A:  Becoming a Vegan is probably one of the best gifts I could have given myself (and animals!)  I am in the best shape of my adult life (at 33, 2 kids later for comparison purposes), I can’t remember the last time that I have been sick, I have learned SO MUCH about food, and in turn, have learned how to make SO MANY yummy vegan dishes. (Which, by the way, as requested, I will start sharing more recipes on my blog in the future). So nope! I don’t miss meat! I do enjoy vegan meats from time to time, or “mock meats”, and I love me some vegan cheese. And for those of you who think it’s so hard to make the transition to becoming vegan, just know that if I could do it, anyone could. I was born and raised in Mississippi, where some of the best (well, maybe not best for your cholesterol lol) are prepared, and after learning about how dairy and meat are processed (please google it. It’s graphic though, so be warned!), I was able to still make the transition. It took some time (I was pescetarian (only ate fish), then vegetarian (no meat, but still ate dairy like eggs and cheese, and now I’m vegan), but I’m so happy that I did!

A: There are 2 versions to this story: His version and MY version. Firstly, Chris and I met in Memphis, TN, which is where we both attended school. He and I both got full basketball scholarships to play basketball for the University of Memphis (shoutout to dem Tigers!), except, I’m older than Chris, so we didn’t actually attend school at the same time. (When I graduated college, he was graduating high school. For the math scholars, he and I are 4 years apart. Chris likes to let me know this fact a few times a year, and has practically already bought me a cane and wheelchair since I’m sooooooo muchhhh older then him. NOT!). Anyway, having both been athletes, of course we knew who each other were. The athletic world is a small community at colleges and universities. Everybody knows everybody. So long story short, one night my friend Ashley and my sister Tamika and I went to Senses Nightclub, and I’m not sure what the vibe of the club was, because all I remember is flirting and talking to Chris the entire night, so he’s all I really saw! I mean, it’s so freaking cliché when people say “we just clicked!”, but we really did! (Okay maybe we were just drunk and thinking that we clicked.) From Ashley and Tamika’s perspective, they said watching us from afar, Chris’s smile was bigger than the state of California. We eventually Facebooked each other first, then exchanged numbers, and well, the rest is history. When you ask Chris how we met, he keeps it simple: “Raven was basically all over the kid.” So yeah, his version and my version. Believe who you want. ;p

8.) Q: What or who inspires you to change your haircolor/hairstyles often?

A: It’s simple: Life is too short for boring hair. Switch it up. Chop it up. Braid it up. Wig it up. Do whatever the f*ck you want. Because one day I want to be old and (most definitely NOT grey), looking back on old pictures of myself and say, “yasssssss honey! You worked the hell out of those hairstyles!”) I mean, our hair is our greatest accessory!

9. Q: Where did you get your (insert whatever I’m wearing that day) from? This could be earrings, shirts, shoes, whatever!

A: I shop everywhere. Literally. Online. In stores. I love TJ Maxx. I love H&M, Nastygal, I love instagram boutiques even, I love it all! But being asked where did I get my_________ from all the time, actually is one of my inspirations for starting my online boutique (that will fingers crossed launch right before my birthday next month!) I decided that since I am ALWAYS getting asked where I get my stuff from, that instead of pointing people in the direction to go get the items, that I would just start selling stuff that I personally love in my store! I mean, if you’re asking me where I get my stuff from, then that must mean you love it too! So just come buy it from me now! Easy! So if I love big earrings? You better believe I’m selling them in my store. Funky clutch purses? Yep! Selling those too! I’m also designing my Fabbie line of merchandise that I will sell in my store as well. It is going to be LIT! So yeah, from now on when I get asked, “where did you get your_____?”, I can proudly say, “Oh this old thing? Honey just log onto www.fabandravenousboutique.com and get one for yourself!” (I’ll let you guys know the official launch date!)

A: Again, here we go with the clichés, but I really don’t. Every mistake I’ve ever made, every hardship that I’ve faced, has taught me SO MUCH about myself. Man, when I tell you that I have grown tremendously througout my life, and particularly so in the last few years, I am proud of the woman that I have become. I still have work to do though. Lord knows that I’m not perfect, and Chris can attest to this too. Ha! But I’m just happy that I simply get a chance to live life every single day. Some people had plans for the future, but did not wake up today. So as long as I’m waking up everyday, I’m trying to grab life by the horns and GO!

You should join me. 🙂

Have a fabulous day! And by the way, that last question is not a question that I get frequently asked. I just needed an even number to end this post on. ;p 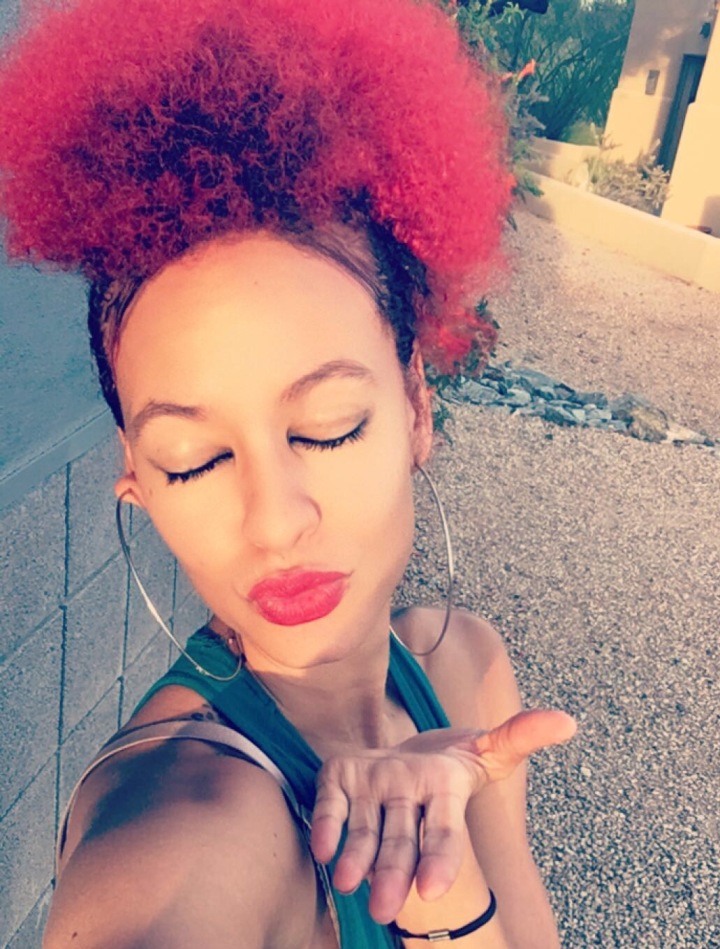 3 thoughts on “I’m Answering Questions I Get Asked Frequently!”

My name is Raven Douglas-Roberts, and I am creative genius. No really, just you wait. ;p I started this blog in May 2014 as an outlet to share pieces of my life, things I have learned from motherhood and life, and my expertise in all things fashion! I want to taste, feel and explore everything, and this blog is a creative outlet for me to do just that. I also am a designer, happily married to Chris, and have 2 amazing (isn't that what all moms call their kids? "Amazing"?) kids Zé (5) and Vito (4). I hope you enjoy reading my blog as much as I love sharing! xoxo -Raven View all posts by *Raven*