Hey yall! The last four days my family and I took a quick little getaway to Detroit, Michigan to visit Chris’s side of the family. Chris was born and raised in Detroit, so it was very neat to see where he grew up, and also to meet some of the people who helped shape him into the awesome man he is today. 🙂 I took lots of pictures while I was there, from the beginning of the trip until the end, so this post will be laden with photos!

Our trip began on Wednesday morning. It’s always a mad dash for things the mornings that we have to prepare to leave. Crazy enough, it doesn’t take me long to get the kids ready, I just triple and quadruple check that I haven’t left anything. So I get them ready first, and this entails getting them dressed, brushing their hair, brushing their teeth, and lotioning them up. (Listen, kids can be ashy too.) So we loaded them up and into our waiting SUV and were off to the airport!

The flight was smooth. The kids played with each other, and went back and forth between me and Chris’s seats. Since Ze is 2 years old, she also has to have her own seat, and Vito sits in my lap, then plays for a bit, then walks to Chris and sits in his lap. This goes on for the duration of the flight, unless he gets tired and goes to sleep. Ze plays games on my ipad, puts stickers on the window (I always get her a window seat), and snacks the whole flight.

Once we landed in Detroit, we headed to our hotel to check in. On the way there, I managed to snap a few pics: 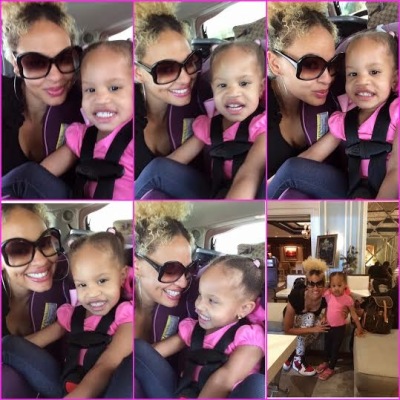 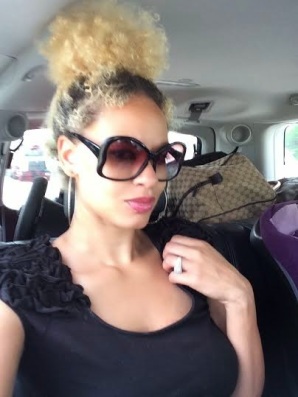 The hotel was very busy during our stay there, as there were several weddings going on that weekend. So while we waited in the lobby, I snapped even more pics! hehe: 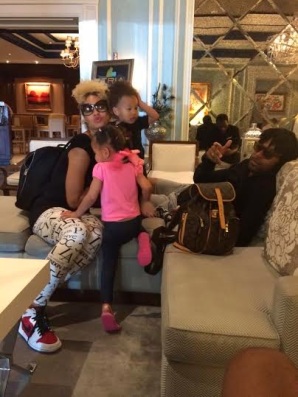 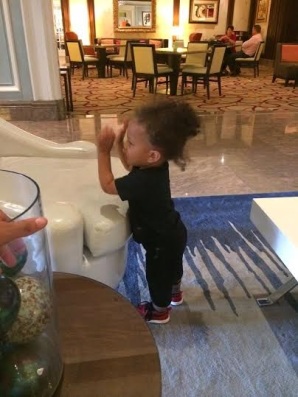 After we got good and settled, and we were all hungry, so we ordered the kids room service, and Chris and I ordered out. I decided to get sushi from Benihana, as it was close to our hotel:

I later ordered a drink from the hotel called the Butterfinger Martini. It had a mixture of stuff in it but it tasted like heaven!!

The next day, after the kids recovered from traveling and got good and settled, we headed to Chris’s mother’s house so the kids could see their Nana, and also Chris’s brother, Jason, and his family came over as well!

After hanging out at Nana’s house all evening we headed back to our hotel for the remainder of the night to put the kids to sleep.
The next day, I ordered the usual breakfast choice for me and the kids, which is a Belgian waffle. One for me, and one for the kids to split:

After breakfast, we were off to see the wonderful city of Detroit! Below are pictures of us taken in the truck, as well as pictures of some of the cool things I saw while riding around. We also went back to Chris’ old neighborhood where he grew up, which was so cool to see! Lord knows I’ve heard countless strories about his childhood and teenage years, so to see where he dwelled on a daily basis was very cool, and I enjoyed every minute of it! 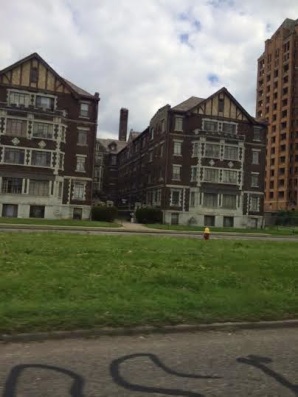 We then went to lunch in Birmingham, which is right outside of Detroit. I tried a cocktail at the recommendation of the waiter: 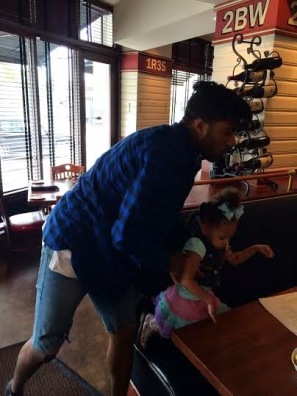 After eating and seeing the city, we made a brief stop back at the hotel, then were headed back out to see Nana and the rest of the family.

After spending lots of time with family and eating and drinking well, it was time to hit the airport and again and head back to Texas!

I truly enjoyed Detroit! It was wonderful to meet the rest of Chris’ family, and it even felt like a family reunion! Detroit may get a bad rap sometimes, but I would definitely visit there often, as the city was good to me. I hope everyone had a fab and ravenous weekend, because I surely did!

5 thoughts on “My Trip To Detroit!”